This featured ad is expired and is here to provide an example to recruiters. 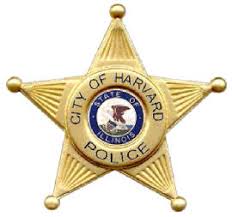 ABOUT THE POLICE DEPARTMENT:

The Harvard Police Department is a full-service police department that operates 24 hours every day. Our 17 full time sworn police officers are tasked with detecting, preventing and identifying crime through the enforcement of laws and ordinances; the prevention and investigation of crime and delinquency; the apprehension and detention of violators; and the preservation of order and related police services.

The Police Department is comprised of a Chief, a Deputy Chief, three shift Sergeants, a Detective and 12 uniformed officers. The Police Department is supplemented by a part time officer, a part time crossing guard, a full-time community service officer/information technology officer and a full time records clerk. Over the past few years, the total number of sworn officers has remained relatively flat.

The City is a founding partner in NERCOM, which provides dispatch services for the Police Department and several regional police and fire services. As a partner, we have a 12% share of the costs. The Department remains driven by Citizen Assists. In 2020, we fielded 5,098 calls for service and nearly half, 1,825 were for citizen assists. These types of calls deal with missing persons, found property, neighbor disputes, or other general inquiries. The second most calls, 515, were for outside assists to other agencies, such as the Fire Department or other Police Agencies. The third most calls for service, at 419 were for Crime Investigation; these calls are for any classification that can lead to a physical arrest, anything from a reckless driver to a battery to other agencies.

Send resumes with cover letter to the attention of:

Further information may be obtained by contacting:

The City of Harvard is an Equal Opportunity Employer.

© 2009 The Blue Line. All rights reserved. View our privacy statement.